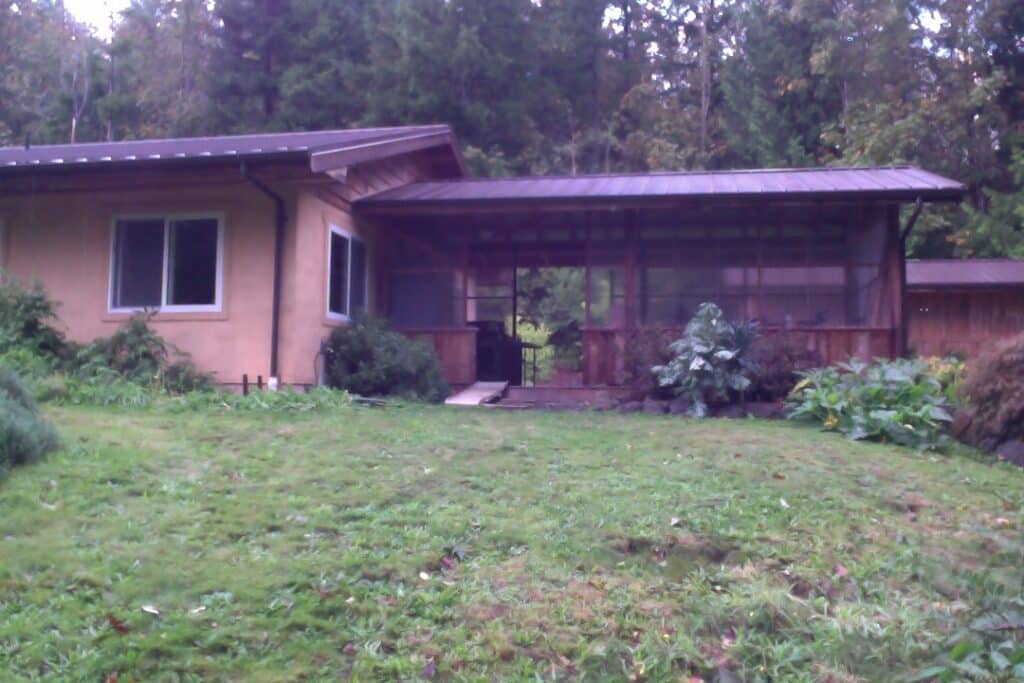 Working with Faswall was fast and manageable for these DIY-ers.

Rob Story’s efficient and affordable ICCF family home project in northwestern Washington is a home and home office designed as a budget-friendly DIY residence. It is finished with beautiful interior lime plaster and exterior stucco.

Rob Story is not a builder by trade, but he knew basic carpentry skills and had previously helped build a home in Hawaii. “We found ourselves in a position of wanting to build a house, but not having the financial ability to hire a designer and a general contractor, so we knew that we had to do it ourselves,” Story says.

Living a non-toxic lifestyle is important to the Storys. Also, having lived in Hawaii, they wanted to be warm and comfortable, despite being north of Seattle. They considered alternative building material like straw bale and cob construction, but encountered someone who had recently built their home from Rastra block. Rastra block met their DIY criteria, but that building method requires plastic and foam. The Storys wanted to build a structure without drywall, without plastic (no need for vapor barriers), and as non-toxic as possible. That led them to Faswall. Faswall is s a block-based, DIY friendly solution that is non-toxic and doesn’t require plastics or foam.

The Story family’s home and home office are 30-by-40-foot and 26-by-40-foot single-story rectangles built slab-on-grade with floor heat. Working with Faswall was fast and manageable without a large crew. From start to finish, the Storys and their team of four people stacked the walls for the smaller office in a week. They added standard trusses and a gabled roof, exterior stucco, and chose interior lime plaster, which is breathable, flexible, and durable.

Part of the efficiency of Faswall starts with the design. Blocks are stacked in 1-foot increments, which saves time and money. As a non-builder, the finish work details proved to be a bit challenging. One change the Storys would make in hindsight is designing the door openings to be deeper. This would accommodate the plaster on the inside and the stucco on the outside, which would make it easier to have a screed edge.

The home took only five months with two people working full time and two part-time helpers. That timeframe included digging the foundations for both buildings, installing floor heating systems, and getting the concrete for both structures to be completely dried in.

“It was amazingly efficient and easy for us,” he says. “It’s very user friendly because you’re basically just  stacking blocks together.”

COVID-19 Update: We are fulfilling orders and are supporting our customers.