Faswall for Basements and Foundations 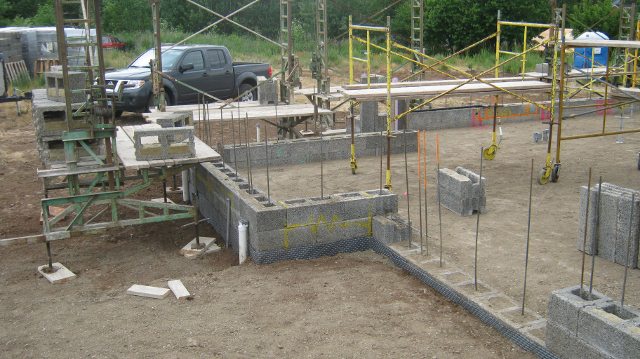 Vapor Permeable for No Basement Smell!

Many customers who want a living space below grade with no “basement smell” and excellent air quality are choosing to build their basement with Faswall®.

Faswall® regulates the relative humidity or moisture content of a room. The cement wood-fiber content of Faswall is vapor permeable and free-draining by nature, which means it eliminates moisture and mold problems.

Structure, High Insulation Value, and Ready to Finish Surface in ONE Applied Layer 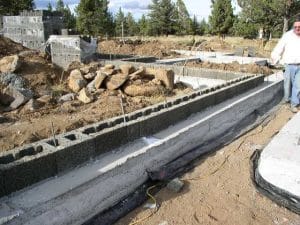 Below grade wall surfaces outside of living space must be parge coated and waterproofed.

For some applications without living space inside, such as frost foundations, a parge coating is sufficient when used in conjunction with an adequate drainage system. Equally important to the effectiveness of any waterproofing system is adequate drainage. There are several products available to provide “in-plane” drainage throughout the full height of the basement wall. These, coupled with properly designed footing drains, will take the water away before it has the chance to become a problem. 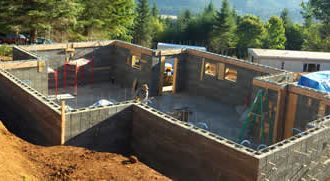 You’d be surprised at the various types of homes and commercial buildings that can be built with Faswall. Check out some of the recent projects..
Photo Gallery

“We did a lot of research on various green building systems but settled on Faswall. We couldn’t have done it without you!”

Faswall is the best green solution for foundation work that is price competitive. What a powerful combination for the builder moving to sustainable building practices.

“Major power outage in North Idaho. We had no heating for 9 hours yesterday - It was 50 MPH wind all day, partly sunny, 41 degrees. Guess how the temperature in our Faswall building changed?  House did not change, garage dropped from 65 to 63. We opened the door to drive the car out and also opened the person door several times.
Needless to say:     WE LOVE OUR FASWALL STRUCTURE!!!
Also, with the 50 MPH winds, gusting to 70 MPH, our building was stable and quiet inside. We were able to sleep, work, etc.”

Faswall ICF eliminates the damp/dank smell and feel of a traditional basement.

Wood fiber cement is vapor permeable and provides an air quality that is fresh, a temperature that is moderated, and a relative humidity that is constant. The indoor environment does not support fungal growth and spores.

Faswall blocks create a finished wall surface in the inside which does not need to be firred out and insulated (unlike a poured concrete basement).

The Faswall ICF surface can be left as is and finish trimmed if desired, thereby creating an attractive surface (see this videoas an example).

Or, the surface can be plastered to directly, or dry-walled directly if desired.

Another beautiful option is to order Faswall block whereby the interior surface of the block is surface-trimmed to expose the wood fiber chips (see this video).

With conventional concrete, you have no other option other than to frame, insulate, and drywall it, which adds to the cost, time, and hassle of building.

And let’s not forget that do-it-yourselfers can stack Faswall block with ease in the initial construction process!

One of Rich’s main concerns was building in an environmentally-friendly fashion. He was pleased to learn that Faswall block is one of the greenest building products on the market.

Not only would he get the solid foundation he needed, he would be doing good for the environment as well.

A Faswal ICF-built basement will cost approximately the same as building a poured concrete wall basement, assuming that interior wall was to be finished (ie. firred out and insulated).

Faswall ICF is no more expensive than erecting and striping concrete forms, and then going through all the stages of stick framing against that concrete wall and insulating it to the level of insulation already available by building with the Faswall ICF.

When Rich Marshall, an environmentally-conscious homeowner in Seattle, moved a recycled home, he needed a basement foundation to set it on.

He initially thought he’d have to use conventionally-poured concrete for his foundation.

That is, until he discovered Faswall and was thrilled about the following benefits of a Faswall-block basement:  more

More about Basements and Foundations

“I cannot recommend this product enough for anyone seeking a hands-on experience for building or renovating their own home. We used Faswall as our new… 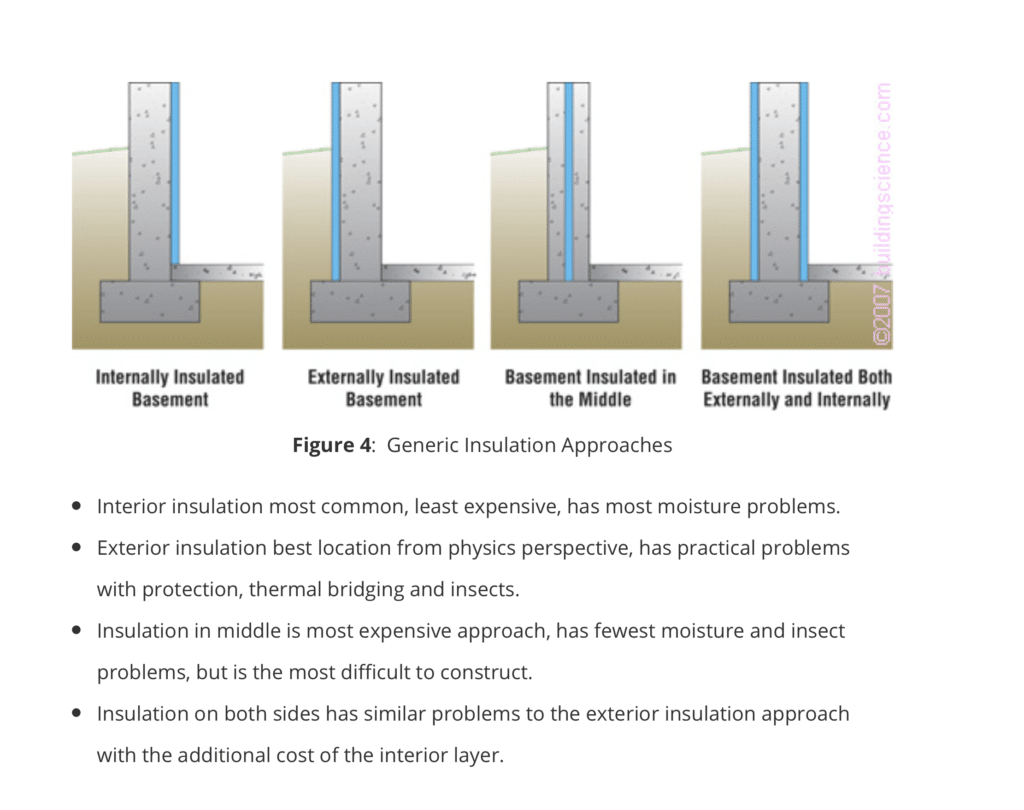 We get so many questions about Basements, and how to best insulate them. If you want to go deep on understanding Basement insulation and water…

Let Faswall Be Your Foundation For a Green Home

A Quick Way to Apply Stucco to a Faswall Home