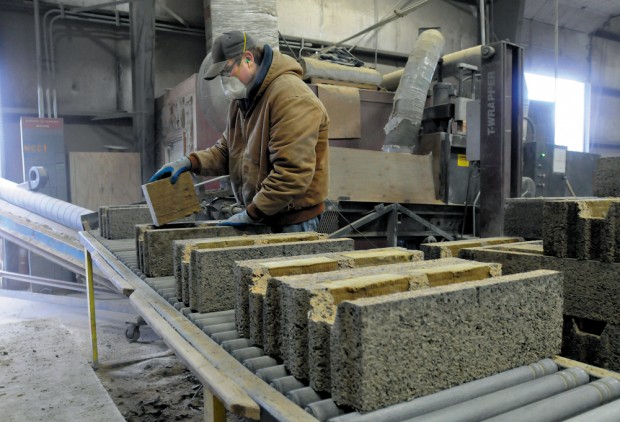 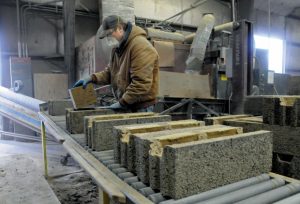 Bennett Hall, a reporter for the Corvallis Gazette-Times, recently published an article about us entitled “ShelterWorks Has Something to Prove.”

The article announces that we were recently awarded a commercialization grant from Oregon Built Environment & Sustainable Technologies Center, known as Oregon BEST.

We’ve been pursuing a grant for a couple years, as it will open doors that have been inhibiting our growth.

We’ll use the money for testing to establish the structural properties of our Faswall® building blocks.

As Hall’s article explains, we’ve “won a following among do-it-yourselfers but have been slow to catch on with commercial contractors.”

“At that level, people want more of a Good Housekeeping seal of approval. The takeaway of the testing will be what we’re calling an engineering bulletin that we can hand to project engineers.”

The testing will be carried out early next year at Portland State University’s Infrastructure Testing & Applied Research Lab, a research facility for Oregon BEST. Experiments will provide third-party data on the strength of a wall built with Faswall.

Based on preliminary testing, Van Denend believes his company’s wood-based product will prove substantially more shock-resistant than other insulated concrete forms, known as ICFs in the construction trade.

“The vast majority of ICFs are made of foam,” he said. “There’s no (structural) value for the foam — it’s weak. Our blocks have value structurally.”

Hall explains that about 90 percent of our building projects are residential, as we’ve had a difficult time making inroads into commercial construction.

If the PSU lab validates our claims, however, it could open doors for commercial construction.

Getting into the commercial market should actually double our sales within a few years.

We’re thrilled for the prospects afforded by the grant, and we appreciate David Kenney’s kind words announced in a press release about the grant:

“We’re pleased that another of our commercialization program grants will help an Oregon company advance a unique green building product that will ultimately create green jobs and advance Oregon’s reputation as a cleantech innovator.”

COVID-19 Update: We are fulfilling orders and are supporting our customers.