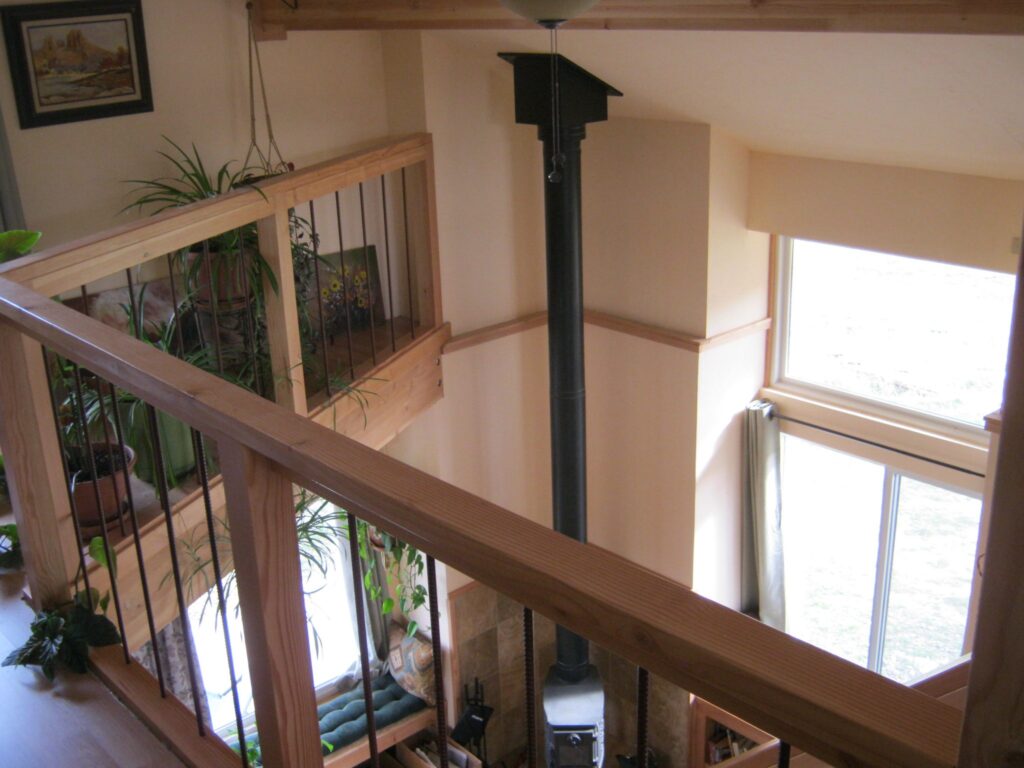 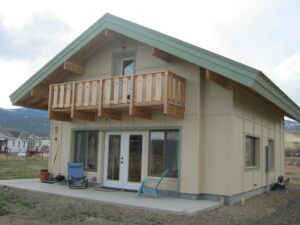 Terry Davenport with Natural Housebuilders in Montana is a new convert to Faswall green building blocks. Terry specializes in building highly energy efficient homes that use the sun for heat. He’s employed a number of solar passive and solar active techniques to create high-quality homes in the Bitterroot Valley and Missoula area.

ICF wall forms such as Faswall green building blocks were not really on Terry’s radar screen because he didn’t think they had a high enough R-value. He preferred to use foam blocks for their great insulation value.

But when a girlfriend asked Terry to build a house for her, he started looking into Faswall green building blocks and decided they might be a better fit. He liked that Faswall were made from 100% recycled pallets rather than petroleum like the foam blocks. He appreciated that company owners Paul Wood and Paul Van Denend were always honest and straightforward in working with him.

Terry also came to understand that Faswall’s superior thermal mass properties could help him get achieve the warmth and comfort he seeks to provide customers when he builds or remodels a home for them. On cold days, any heat from the sun or heaters is retained by the Faswall blocks and released into the home at night. On hot days, the heat is absorbed during the day and given off slowly at night, when temperatures are cooler. Those properties mean homes are extremely energy efficient and inexpensive to heat and cool. 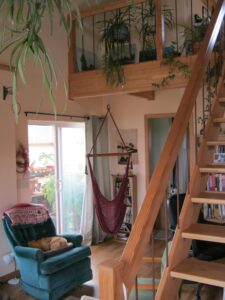 The realization of how thermal mass could benefit homeowners was cemented when Terry was on a backpacking trip in Montana. “At the end of the day, you start looking around and that big rock is always warmer than anything else,” he says.

Terry’s girlfriend approved the use of Faswall blocks, and the two got to work building her 1,000 square foot home on the Flathead Indian Reservation. She took great pride in the fact that she hauled all the blocks to the building site in a wheelbarrow, and that she could help build her home herself. “I like the fact that the homeowner can work with me,” Terry says. “It’s pretty easy to stack thing together” – much easier than framing, where everyone involved has to understand things like correctly measuring window dimensions and the proper way of attaching boards together. The ease of using Faswall green building blocks means that they are perfect for even DIY home builders.

When you build a timber frame house, Terry says, you spend a lot of time hunched over as you construct the pieces that run along the ground. With Faswall green building blocks, Terry says he spent a lot more time standing straight up, which was much easier on his back. “When you get older you start thinking of ways to make things easier on your body,” he points out.

In addition to building one bedroom, a loft that doubles as a second bedroom and a massage room, and one bathroom, Terry added a greenhouse onto the side of his girlfriend’s home so she could keep a small garden. The home’s windows are made from post-manufacturing recycled materials, and the balusters on the staircase are made from recycled rebar left over from installing the cement floor.

Terry tacked 5¼” foam bead board on the side of the house, which helped it achieve an extremely high R-value of 41. 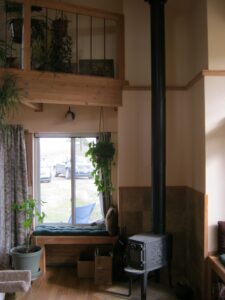 Between Faswall’s superior thermal mass properties and the added insulation, the homeowner only needs one cord of wood to heat the entire home through a cold Montana winter.

The homeowner is thrilled with the house, as is Terry. His interest in finding new, innovative building materials dates to his early days as a motocross racer, he told Distinctly Montana magazine in a recent interview. He and his friends were always tinkering with their motorcycles to try and improve their performance. Over time he shifted his focus from motorcycles to houses.

“I still feel spoiled because I get to learn about the greatest new technology for homes,” he says. But of all the home building materials he’s found over time, Faswall green building blocks is one of the ones he plans to stick with. We look forward to working with Terry on many more projects. 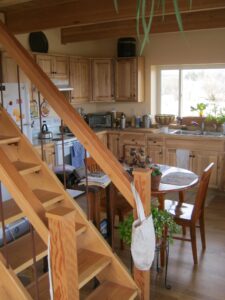